Researchers from across the department are developing and scaling up advanced manufacturing technologies to make more sophisticated molecules and materials, more sustainably

Jorge Marchand is looking to soil bacteria for inspiration for ways to make new and improved molecules. Some living organisms — including a number of bacteria, fungi, and plants — naturally produce valuable therapeutic compounds. But they tend to do so in very small quantities. What’s more, the true extent of nature’s diverse chemistry chest remains unknown.

Marchand is searching for rare and unusual biochemistries that occur naturally in bacteria. Taking cues from their “fringe” biochemistry, he aims to engineer industrial organisms capable of biomanufacturing therapeutic compounds and specialty chemicals in a controllable, scalable way. 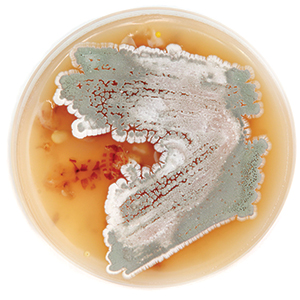 Teams of undergraduate students will get hands-on experience in this burgeoning field by way of two Boeing-sponsored capstone projects. The aerospace industry, among many others, is increasingly using additive manufacturing to fabricate complex components and one-off replacement parts. With mentorship of Boeing engineers and ChemE faculty, students will work on various aspects of optimizing 3D-printed parts for aerospace applications. 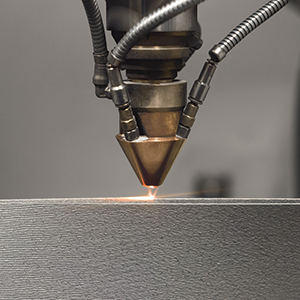 Microbial cells have proven to be workhorses for producing many important chemicals, from biofuels to personal care product ingredients. However, while cells are versatile as “factories,” they require a lot of care and feeding. And all the energy input equates to a lot of overhead, says professor James Carothers.

To sidestep the inefficiencies, he’s going cell-free. His group is building systems from the bottom up to contain only the cell components needed to perform biocatalysis. “Anything you can do in a cell you can do cell-free, but with a smaller footprint,” both physical and environmental, he says. When you’re only feeding cytoplasm and not entire cells, you don’t need large fermenter tanks and hefty energy inputs to drive reactions.

Cell-free systems are already part of the biomanufacturing mix, but at present they can only perform relatively simple reactions at scale. The Carothers lab is working on how to scale up multi-step enzymatic processes to expand the range of products that can be manufactured in this way. In a new project, his group is developing systems that can use CO2 as an input to produce industrial chemicals.

The impact of the resulting souped-up membranes is potentially huge: they might remake certain industrial processes to have a much smaller environmental footprint. “We’re particularly interested in trying to get these membranes into high-energy separation spaces, such as petrochemical and air separations, where energy-intensive thermal distillation has historically been used,” he says. Polymer membranes will dissolve in oil, for example, but with the right infiltration reactions, he says, they could be modified to withstand the conditions.

The key to realizing such impacts will be to make manufacturing the new membranes straightforward. That’s why Bergsman’s group is developing vapor phase infiltration as a “drop-in” step to existing processes. It’s costly for membrane manufacturers to change their polymer formulations, but much less so to add just one step.

Professor Vincent Holmberg and his collaborators have patented a new process for manufacturing colloidal semiconductor nanowires using lasers. Nanowires have a wide range of applications, including in optoelectronics, sensing, energy conversion, energy storage, and quantum technologies. In a first-ever demonstration, Holmberg showed that semiconductor nanowires can be grown by simply irradiating a solution containing colloidal nanocrystals and molecular precursors with a laser. The beauty of the approach lies in its simplicity and flexibility. It is compatible with a wide range of materials systems; can be carried out on demand, on the benchtop in simple glassware under ordinary conditions; and requires no specialty reactors or expensive pressure control systems.

Holmberg hopes to make scientists aware that this new colloidal nanowire manufacturing process is possible, which may help to lower barriers and assist in making nanowire growth more widely accessible to researchers working in a variety of application areas.

The Bioindustrial Manufacturing And Design Ecosystem, or BioMADE, is a Department of Defense-funded consortium of industry, academic, non-profit, and U.S. government members that is enriching bioindustrial manufacturing capabilities domestically.

The UW is a member institution of BioMADE, with activities centered in the ChemE and electrical & computer engineering departments. Membership also allows UW researchers access to specialized testing facilities. The University’s involvement represents one vehicle for getting technology out of the lab and into the industrial sector.