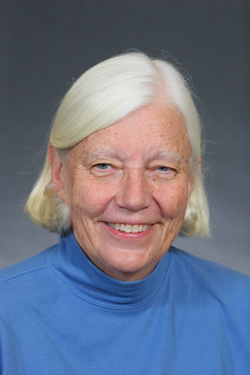 Bowers is a 1969 graduate of UW ChemE and the 2009 recipient of the department’s R.W. Moulton Distinguished Alumna Award. She supported ChemE philanthropically for over four decades.

Gene Woodruff, Professor Emeritus of Chemical Engineering, spent 30 years as a teacher, researcher, and administrator at UW. He was a professor of nuclear engineering, director of the nuclear reactor, and chair of the Department of Nuclear Engineering. He later served for nine years as dean of the Graduate School and vice provost for research. 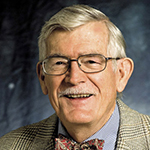 ChemE emeritus professor J. Ray Bowen served as the dean of engineering at UW from 1981 to 1996.

Alumnus and former AIChE (American Institute of Chemical Engineers) Class President Donald “Don” Montrose (BS ‘04) passed away on March 26, 2012 due to a pulmonary embolism. A department fund has been established to honor this "stellar student" and "eternally upbeat" alum.

Alumnus David Himmelblau ( M.S. '56, Ph.D., '57) served as professor of chemical engineering at the University of Texas, Austin for 42 years. During this time, he penned eleven books and over 200 articles. For his contributions, Himmelblau was named Distinguished Alumnus by the department in 1995. He passed in April 2011.

Bill Pope is a ChemE original. He served as professor and chair of Chemical Engineering at Brigham Young University and acting president at Iran's Abadam Institute of Technology. He also made contributions to the synthetic diamond industry. For these efforts, he was named 2011 Distinguished Alumnus in Industry.

Prof. Kermit Garlid had many roles at the UW during his 40 year career. In addition to professor of chemical engineering, Garlid served as associate dean of the college of engineering, vice provost of the university and chair of nuclear engineering. He passed away in September 2010.

Joseph McCarthy (BS '34), who passed in May 2000, was professor emeritus of chemical engineering and forest resources at UW.