About our alumni speaker 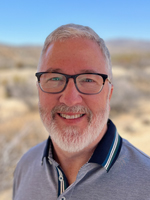 Dr. Kirk A. Nass received a B.S. in chemical engineering from the University of Illinois at Urbana-Champaign in 1983 and a Ph.D. in ChemE from the University of Washington in 1989. He retired from Chevron in 2020 after 31 years at the Richmond Technology Center in the San Francisco Bay Area. He began as a polymer R&D engineer and later worked as a technical manager supporting performance additives for lubricating oils and gasoline, including PARATONE®, a motor oil viscosity modifier used in one-third of automobiles worldwide, and TECHRON®, Chevron’s proprietary gasoline additive. Dr. Nass holds several U.S. and international patents and received two company Presidential awards for his contributions.

In 1991, Dr. Nass became a founding board member of the Chevron Lesbian and Gay Employees Association (now Chevron PRIDE) and held various board positions, including chair, for 10 years. During that time, Chevron added sexual orientation to its non-discrimination and non-harassment policies, extended domestic partner benefits to all employees, and officially recognized employee diversity networks. Dr. Nass and his husband, Michael E. Gillespie, established scholarships for LGBTQ engineering undergraduates at both the University of Illinois and the UW to continue supporting the development and mentorship of diverse STEM talent.