Join the University of Washington Department of Chemical Engineering for the Bruce A. Finlayson Lecture 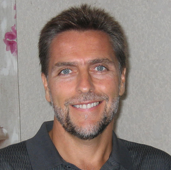 One of the distinguishing features of many living systems is their ability to move, to self-propel, to be active. Through their motion, either voluntarily or involuntarily, living systems are able self-assemble: birds flock, fish school, bacteria swarm, etc. But such behavior is not limited to living systems. Recent advances in colloid chemistry have led to the development of synthetic, nonliving particles that are able to undergo autonomous motion by converting chemical energy into mechanical motion and work – chemical swimming. This swimming or intrinsic activity imparts new behaviors to active matter that distinguish it from equilibrium condensed matter systems. For example, active matter generates its own internal stress, which can drive it far from equilibrium and free it from conventional thermodynamic constraints, and by so doing active matter can control and direct its own behavior and that of its surroundings. In this talk I will discuss our recent work on chemical swimmers and on the origin of a new source for stress that is responsible for self-assembly and pattern formation in active matter.

The Micromechanics of Colloidal Dispersions

It's morning. You pour cereal in your bowl. Shake the orange juice and fill your glass. And pour milk over your cereal. Why did you shake the orange juice and not the milk? Why do you pour cereal? These are just some everyday examples of complex fluids – materials that often behave like water or air, but just as often display quite different behavior. Many soft materials, or complex fluids, are in the form of particles dispersed in a host liquid or gas, and it is the particle-level interactions that give rise to interesting macroscopic phenomena, such as shear thinning and thickening, viscoelasticity and structure formation. This talk will discuss the micromechanics of particulate dispersions and how the interplay of colloidal, Brownian and hydrodynamic forces set the material’s microstructure and determine its macroscopic properties. Examples of hard-sphere systems ranging in size from a few nanometers, where Brownian motion is important, to larger sand-grain-size mixtures will be investigated via computer simulation and the results compared with theory and experiment. So why did you shake the orange juice and not the milk? 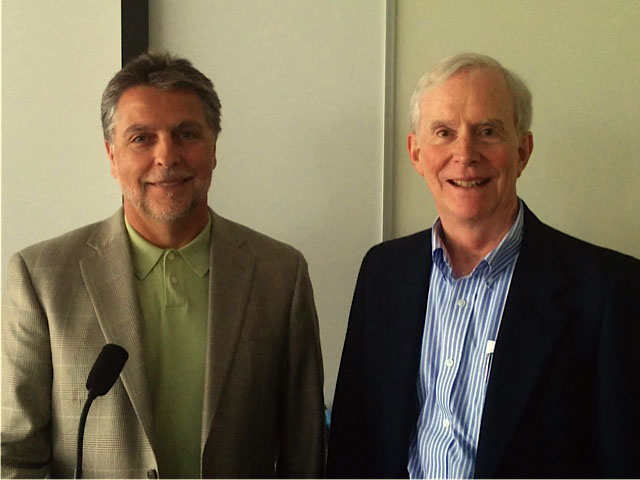 Dr. Brady’s research interests are in the mechanical and transport properties of two-phase materials, especially complex fluids such as biological liquids, colloid dispersions, suspensions, porous media, etc.  His research combines statistical and continuum mechanics to understand how macroscopic behavior emerges from microscale physics.  He is the co-inventor of the Stokesian Dynamics technique for simulating the behavior of particles dispersed in a viscous fluid under a wide range of conditions.

Dr. Brady has been recognized for his work by several awards, including a Presidential Young Investigator Award, the Professional Progress Award of the American Institute of Chemical Engineers, the Bingham Medal of the Society of Rheology and the Fluid Dynamics Prize of the American Institute of Physics.  Dr. Brady served as an associate editor of the Journal of Fluid Mechanics and editor of the Journal of Rheology.  He is a fellow of the American Physical Society and a member of the National Academy of Engineering.

About Bruce A. Finlayson

The Lecture, named in honor of Dr. Bruce A. Finlayson, Rehnberg Professor Emeritus of Chemical Engineering, will feature distinguished chemical engineers who demonstrate exceptional scholarship, teaching, and service in their field.