The U.S. Department of Energy has awarded a 5-year, $15 million grant to an interdisciplinary, UW-led team of synthetic biologists to engineer microbial genomes that transform CO2 into high-value chemicals. The project, led by chemical engineering professor James Carothers, brings together expertise in CRISPR gene-expression programs, single-cell RNA sequencing, data-driven design, and carbon-conserving pathway engineering. Its aim is to advance fundamental research into large-scale, bio-based chemical production that is not only greener, but also produces better alternatives to petrochemical-based products.

“This funding supports a high-risk, high-reward program to engineer different microbes to convert CO2 into chemicals,” says Carothers, who is also co-director of UW’s Center for Synthetic Biology and a MolES faculty member. “It will allow a bunch of people who’ve been working on different pieces of the challenge to pull in the same direction for a significant period of time.”

About 15 percent of every barrel of oil goes into making plastics and other ubiquitous products. That means we need new ways to make important products in order to fully give up fossil fuels. Bioproduction holds exciting potential for upcycling materials such as agricultural waste and captured atmospheric CO2 into precursors to plastics and more. The new paradigm could achieve an impressive trifecta of displacing petroleum, sequestering carbon, and making higher-performing products. 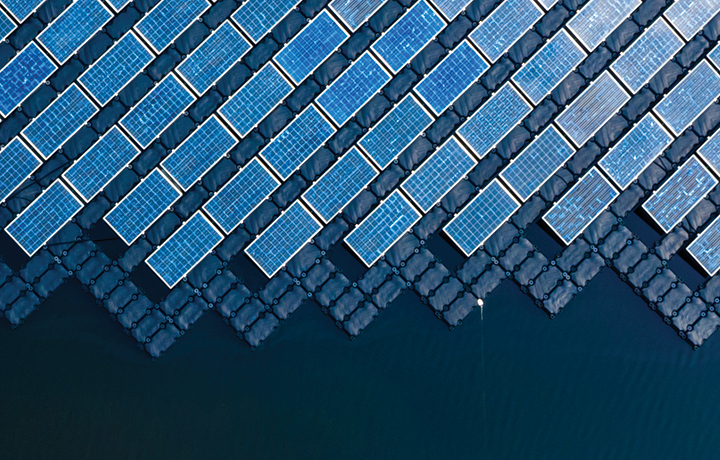 Over the past several years, the labs of Carothers and UW chemistry professor Jesse Zalatan have been pioneering CRISPR techniques to control gene expression in cells. So far, they can successfully introduce CRISPR gene expression programs that control 6-7 genes in a cell and direct it to perform different processes. For their current undertaking, however, they figure they’ll need to control at least 25 genes to effectively hack the carbon metabolism of microbes.

With pathway design experts such as Pamela Peralta-Yahya of Georgia Tech, they will explore how to engineer microbes to use all of its CO2 feedstock, as well as convert that carbon into high-value material. Carbon-metabolizing microbes in the wild can waste up to one-third of the carbon they intake as CO2, and the researchers believe they can improve that efficiency in their DNA redesign.

Rewiring cells so extensively is not only far more difficult, but the results can be unpredictable. That’s where new technology for sequencing RNA in a single cell comes in. Co-PIs Georg Seelig of UW’s electrical and computer engineering department and Anna Kuchina of the Institute for Systems Biology will apply this sequencing technique to decode if their re-programmed cells are behaving as intended. “This is an enabling technology that we didn’t really have before,” says Carothers, and it will allow his team to increase the number of programs they both build and test.

Additional machine learning, analysis and modeling expertise from researchers at two national labs and Herbert Sauro’s group in UW’s Department of Bioengineering will allow the team to design, build, test, and learn from a large number of iterations. That scale-up in the number of DNA programs to be investigated is crucial to developing fundamental principles, new tools, and design parameters for CRISPR-regulated genomes in all sorts of microbes.

With this concerted effort on basic research, the next generation of bioproduction — carbon-conserving and versatile — doesn’t have to be relegated to the distant future. “Even things that seemed like science fiction 10 or 15 years ago are realistic today,” Carothers says.

This project is funded through the Biological and Environmental Research program in the U.S. Department of Energy, as part of a $99.7 million investment in microbial biosystems design for the production of biofuels, bioproducts, and biomaterials. The grant includes PIs from the UW departments of chemical engineering, chemistry, bioengineering, and electrical and computer engineering; Pacific Northwest National Laboratory; Lawrence Berkeley National Laboratory; Institute for Systems Biology; and Georgia Institute of Technology.