Now in its 6th year, the ChemE Science & Engineering as Art competition allows students to look at their research differently. The top entries in 2021 showcase cellular phenomena and use research techniques for creative visual effects. 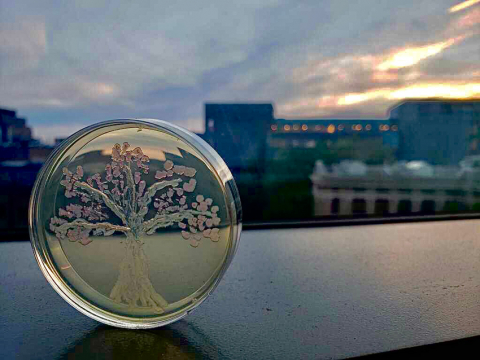 To create this image of a cherry tree in bloom, Ava co-opted the monomeric red fluorescent protein (mRFP) reporter gene that she uses in her synthetic biology research. The mRFP reporter produces a range of pink and red hues based on how strongly a gene is activated.

“The competition was in the middle of cherry blossom season,” said Ava. “This was my first spring in Seattle, so I was obsessed with all of the incredibly pink blooms.” To recreate the beauty of the cherry blossoms on a cellular level, Ava streaked cells containing three plasmids — one for the synthetic bacterial transcriptional activator dCas9-AsiA, one for guide RNA, and one for the mRFP reporter — onto an agarose plate with antibiotics. The reporter expressed pink for on-target guide RNA activation and white for off-target guide RNA.

The cherry blossom image demonstrates that the activator dCas9‐AsiA has a window of activation based on different guide RNA targets. Achieving this sort of control means that engineers are better equipped to develop synthetic bacterial cellular devices for diagnostics, therapeutics, and more.

The Stars in Our Cells 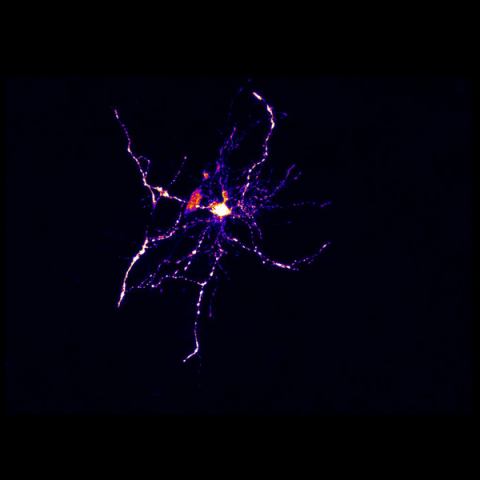 This confocal microscope image shows a transfected neuron in the cortex of organotypic rat brain tissue. Jeremy acquired the image during experiments in which he was assessing the morphology of neurons. He was drawn to the striking star-like shape of this particular cell and set it against the blackness of outer space. 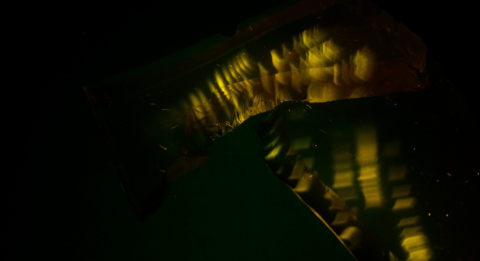 This image results from running gel electrophoresis to separate DNA fragments. In his research, Diego employs the process to extract DNA bands to use in the molecular cloning pipeline. But to create the effect shown, Diego deviated from standard technique. Instead of looking at the gel from above and cutting out the desired band, he ripped the gel and viewed the DNA bands from different angles. “In my mind, they resemble a creek flowing downhill,” he said, “so I placed the gel pieces on top of each other as if they were rocks.”

Diego is a graduate student in the Carothers lab