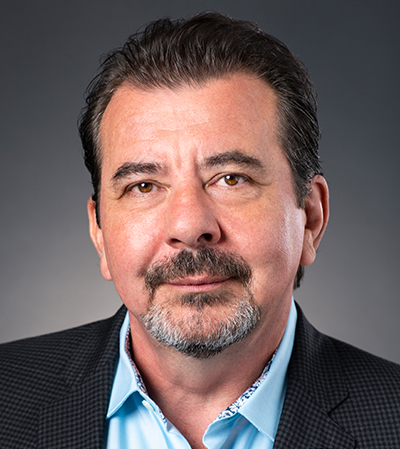 Director, CoMotion
Vice Provost for Innovation
Director, Center for the Science of Synthesis Across Scales

Research in the Baneyx laboratory lies at the confluence of synthetic biology, nanotechnology, molecular engineering and materials science. We are a lead lab in CSSAS, the Center for the Science of Synthesis Across Scales, an Energy Frontier Research Center (EFRC) directed by Prof. Baneyx that brings together investigators from three universities and two national laboratories.

Inspired by nature’s ability to fabricate intricate and often hierarchical materials with outstanding transport, optical, and magnetic properties, we seek to understand the rules that underpin the interaction of combinatorially-selected solid-binding peptides with inorganic and synthetic interfaces. We genetically install these peptides within the framework of rationally or computationally designed proteins, thus combining biological function (e.g., self-assembly, catalysis or molecular transport) with the adhesive and morphogenetic properties of the guest peptides. We use the resulting solid-binding proteins as “parts” in hybrid materials and devices, or synthesize them in cells to fabricate self-organizing, dynamic and living matter with applications ranging from biomedicine and bionanoelectronics to biomineralization and catalysis.

CoMotion is the UW’s collaborative innovation hub dedicated to expanding the economic and societal impact of the UW...

Profs. Baneyx and Schwartz were elected to the Washington State Academy of Sciences for "their outstanding record of...