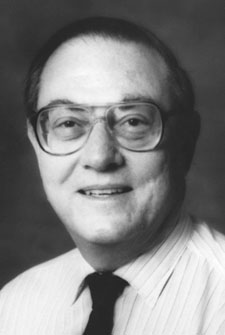 Chemical Engineering Distinguished Alumnus, Prof. David Himmelblau passed away April 2011 at the age of 87. Known for his outstanding contributions to chemical engineering, Himmelblau earned his M.S. in 1956 and his Ph.D. in 1957 at the UW.

In 1961, Himmelblau took a faculty position with the Department of Chemical Engineering at the University of Texas, Austin. He would spend 42 years as a professor there, penning eleven books and over 200 articles on sensor validation, artificial neural networks, and process analysis and optimization.

Himmelblau received the UW Chemical Engineering Distinguished Alumnus Award in 1995, partly for his contributions to the field of chemical engineering and higher education. Bruce Finlayson, chair of the department at the time, presented the award to Prof. Himmelblau.

“I remember David Himmelblau as a true gentleman — always accessible and interested in what you were doing,” said Finlayson. “His book for the first course in chemical engineering was the first one I taught from when I joined the University of Washington to begin my career. It was also the one we organized a self-paced course around. It was later that I learned he got his Ph.D. here working with Professor Al Babb. 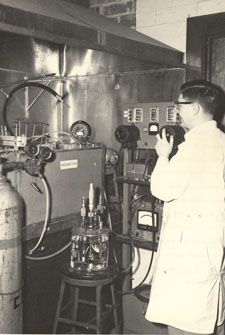 "In 1995, when I was chair, it was my pleasure to introduce him to our students as a Distinguished Alumnus of the Department. His talk was an inspiration to students as well as faculty. Dan Schwartz, currently our chair, said ‘As an assistant professor, I recall thinking what an honor it was to have a job in a department that produced people like him.’"

He is survived Berry Hartman Himmelblau, his wife of 62 years, their children, and grandchildren.